GO BACK
TO MENU

Fun engagement Photos at the Battlefield park museum in Hamilton

I’ve had the pleasure of knowing Caleigh for years now. Both of us started in the fashion industry and she one of the first people I got to photograph. She has one of the most giving and easy going personalities I have ever met. Every time we got together to shoot she would always talk about Chris. So of course I’ve heard all the stories about him but had never met the man himself.

When I heard they had gotten engaged I was over the moon for them! I messaged Caleigh and told her congrats and cool it was that it happened. They asked me if i would photograph the most important day of their lives. Filled with delight, surprise and dying inside a little I said yes!   We talked about engagement shoots and if they wanted to do one or not. Caleigh is a seasoned vet in front of the camera and was down for an engagement session. Chris was another matter; he’s camera shy. He needed the time to warm up to the idea and I was happy to wait. If he wasn’t comfortable enough to do the session no harm done. After waiting a bit he wanted to take the plunge and do the session. We planned a day on their way back from a trip to shoot. We picked to do a Hamilton Battlefield Engagement.This place has so much history and an old world feel. I thought it would pair perfect for the two of them. On the shoot day I was there armed with my tricks to keep him from thinking about being in front of the camera. I always try to do this for all my clients because I also hate being in front of the camera.

Let me tell you, Chris NAILED it. Once he relaxed and we got the nerves out of the way he was free to be silly and love on Caleigh. I was able to lightly direct them and watch them interact. Catching all the smiles, the love, and happiness these two extrude.

I’m so pumped for their wedding this May its gonna be so romantic and filled with fun. 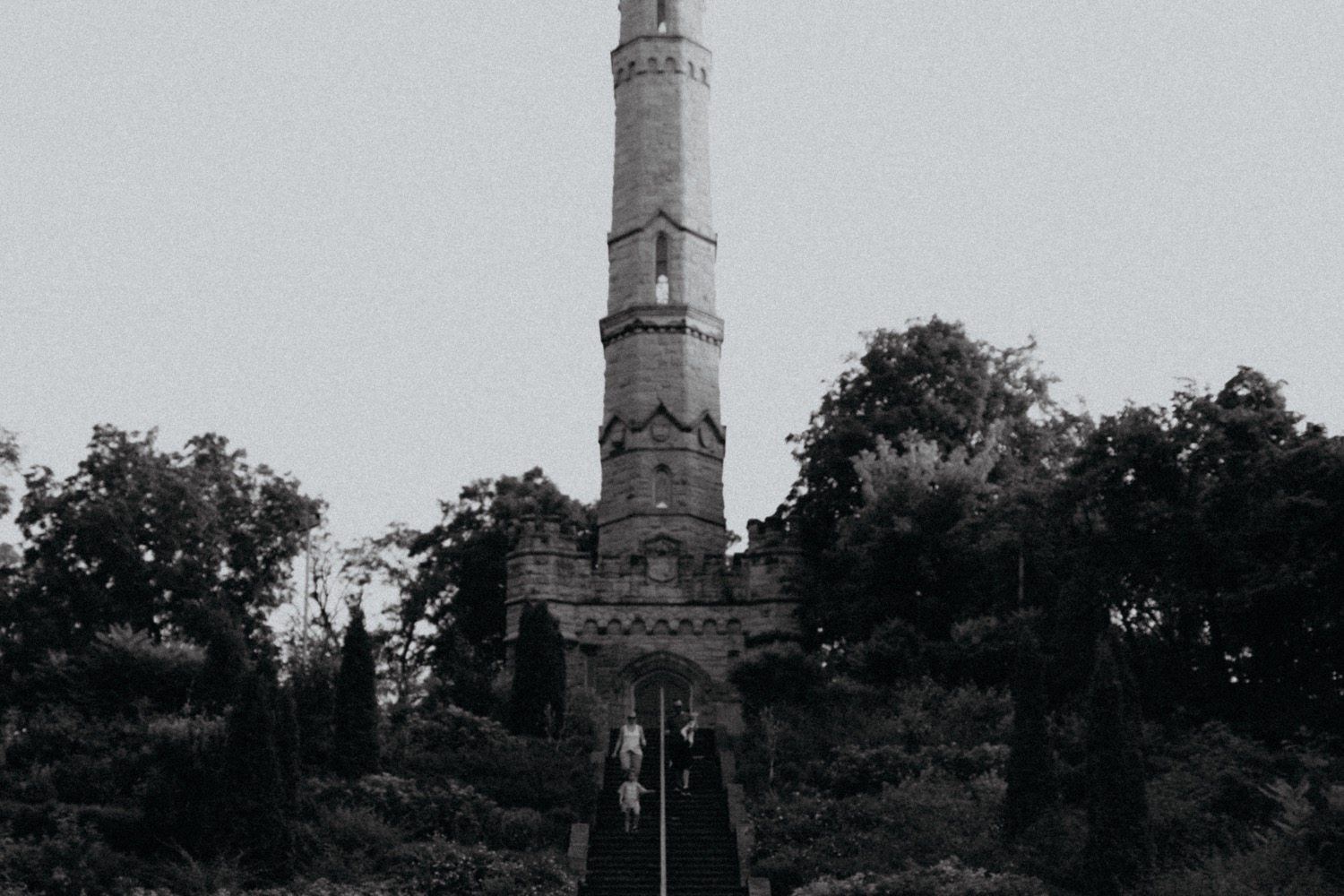 Battlefield House near King Street East and Centennial Parkway in Stoney Creek, Hamilton, Ontario, Canada is a living history museum and site of the historic Battle of Stoney Creek on June 6, 1813, which was fought during the War of 1812. It was built in 1796. The house and 15.5 acres (6.3 ha) of parkland (Battlefield Park), were the property of the Women’s Wentworth Historical Society, (1899-1962), and given by this society to the Niagara Parks Commission on January 19, 1962. The park was designated a National Historic Site of Canada in 1960